Went for a walk yesterday in Lane Cove National Park – a few kilometres west of our place. One of the great things about Sydney is that we have national parks right in the middle of the city. If you can get through the traffic that is – official reports show that traffic congestion on the North Shore is now officially worse on weekends than it is during the week!!

Anyway – we sat and had some lunch before heading off along a track which is part of the Great North Walk (which actually goes as far as Newcastle!). The path winds its way along the river, sometimes heading up along the ridgelines too. We walked for just under two hours in total – we would have walked further, but the sun was getting low and the parks closes at 6pm, so I didn’t want to be rushing back in the dark.

I took the GPS data logger – here is where we went: 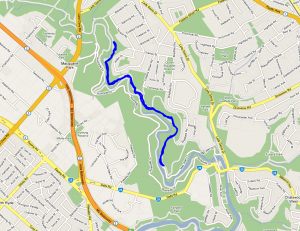 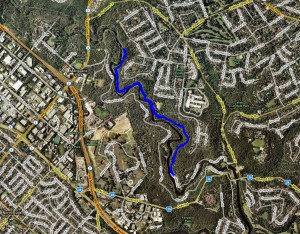 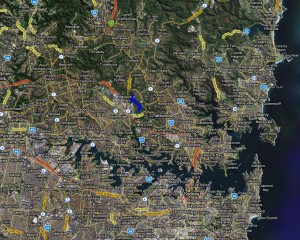 This site uses Akismet to reduce spam. Learn how your comment data is processed.

Welcome to my personal blog about life, family, work, travel, technology and such.